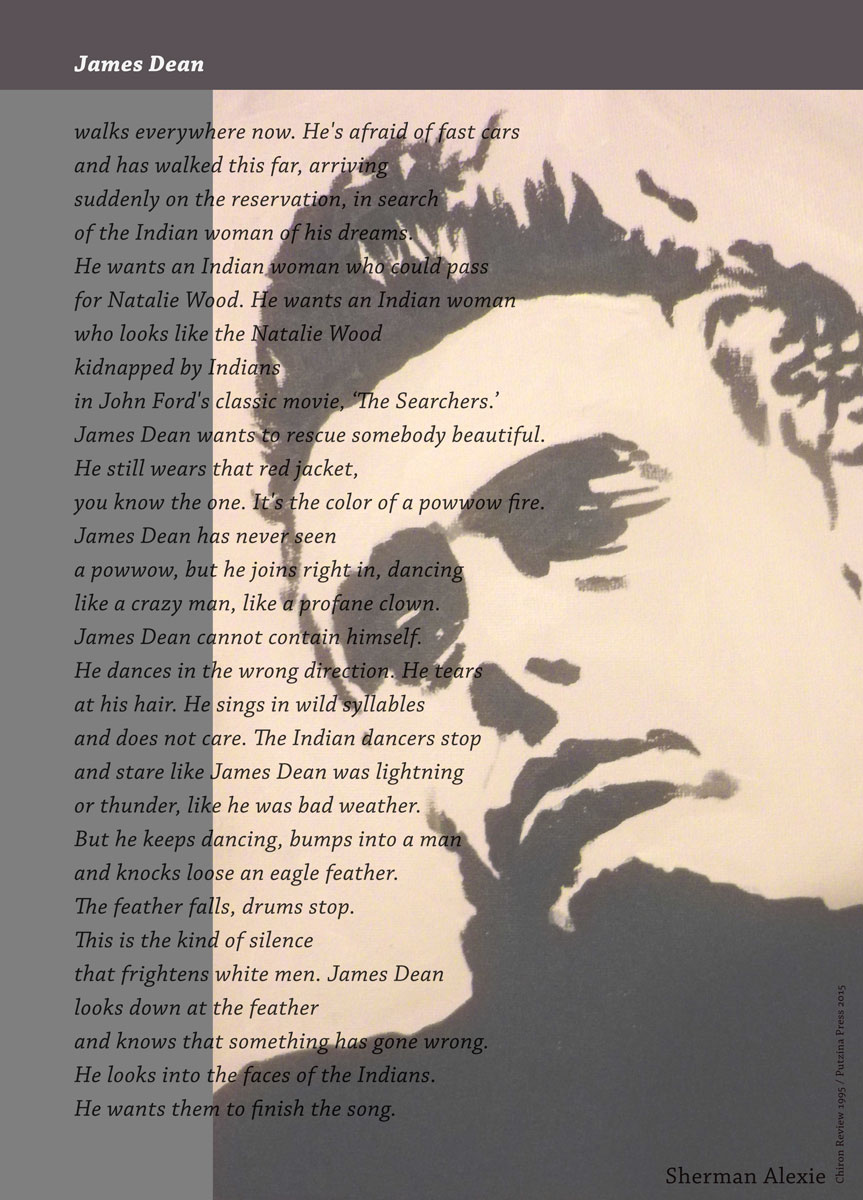 walks everywhere now. He’s afraid of fast cars
and has walked this far, arriving
suddenly on the reservation, in search
of the Indian woman of his dreams.
He wants an Indian woman who could pass
for Natalie Wood. He wants an Indian woman
who looks like the Natalie Wood
kidnapped by Indians
in John Ford’s classic movie, ‘The Searchers.’
James Dean wants to rescue somebody beautiful.
He still wears that red jacket,
you know the one. It’s the color of a powwow fire.
James Dean has never seen
a powwow, but he joins right in, dancing
like a crazy man, like a profane clown.
James Dean cannot contain himself.
He dances in the wrong direction. He tears
at his hair. He sings in wild syllables
and does not care. The Indian dancers stop
and stare like James Dean was lightning
or thunder, like he was bad weather.
But he keeps dancing, bumps into a man
and knocks loose an eagle feather.
The feather falls, drums stop.
This is the kind of silence
that frightens white men. James Dean
looks down at the feather
and knows that something has gone wrong.
He looks into the faces of the Indians.
He wants them to finish the song.